On December 1, 2016, wear a red ribbon supporting World AIDS Day. World AIDS Day was held for the first time in 1988 to unite people across the globe to fight against HIV, support people living with HIV, and commemorate those who have died from HIV. Over 34 million individuals worldwide live with HIV, with 1.2 million in the United States. In the United States, 1 in every eight people has HIV and is entirely unaware of it. There are 45,000 persons diagnosed with HIV each year.

Anyone can become infected with HIV, and here are some risk factors:

Everyone should get tested for HIV. Though there is no cure for HIV, there is a treatment called Anti-Retroviral Therapy (ART). Research shows that persons in treatment with HIV can live just as long as someone not infected with HIV. Treatment is a way to stay healthy, and starting treatment means you are taking care of your health. There is a treatment called PrEP (Pre-exposure Prophylaxis). In pre-exposure prophylaxis (PrEP), HIV-negative individuals take an oral medication once a day before contact with HIV, greatly reducing their risk of infection. Getting anti-HIV medications after contracting HIV is known as Post-exposure Prophylaxis (PEP). It significantly reduces HIV infection risk in HIV-negative individuals. You need to take PEP medicine within 72 hours after HIV exposure. Let’s talk about intermittent fasting since it’s been getting increasing attention lately from the medical community. It’s exactly what it sounds like: interspersing extended periods of not eating in between regular meals. You don’t (necessarily) change what you eat or how much you eat at a meal. You just change when you eat. This isn’t… Glyphosate is a herbicide (the most widely used herbicide in human history) used to destroy certain plants and grasses, harvest crops, and ripen fruit. Since 1974, at least 18.9 billion pounds of glyphosate-based herbicides have been sprayed worldwide. After introducing genetically modified crops in 1996, glyphosate usage has risen dramatically. (1,6) A new peer-reviewed pilot study on… Back pain is a leading cause of disability, sending more people to the doctor than any other ailment.  There is some good news despite the many causes of back pain. Changing your lifestyle to adopt healthy self-care habits can help prevent back pain and support back health. (1)  Types of Back Pain There are two… I may be a staunch vegan, but when I say some of my best friends are Paleo, I’m not kidding. Dave Asprey, the creator of the Bulletproof Diet, is a friend, and he has interviewed me on his podcast, which isn’t entirely Paleo. Dr. KellyAnn Petrucci, the Queen of Bone Broth, is a great ally. Even one… Allergies are in full bloom, and people are feeling the effects! If you’re one of them, I have advice that can help you reduce the congestion, itchy eyes, sniffles, and other annoying symptoms that can make this time of year a major headache. One of the most significant factors in allergy flare-ups? Inflammation. The more… 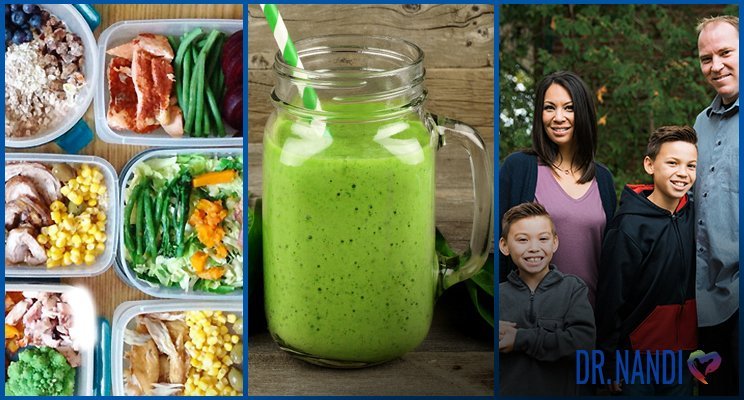 I have found that a common struggle my patients face throughout my practice is weight loss. No matter the diet or the exercise, they feel like their body is working against them, and they cannot seem to lose the weight they want to. Statistics say that even those who are successful in losing a significant…